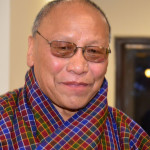 
For someone who writes more and talks less, no gift is dearer than written words beautifully strung together. Such a gift is what Dasho Sangay Dorji received from His Holiness the Je Khenpo at the concluding ceremony of monlam chenmo in Bumthang this week. It’s a piece of poetry praising the virtues of a man who describes himself as someone ‘who can’t talk much’. His Holiness describes Dasho Sangay Dorji as ‘a true son of Palden Drukpa’, a saviour of Bhutan’s language whose ‘meaningful words have resounded in all directions’. In the letter of appreciation, His Holiness underlines language as the heart of culture which is at the heart of safeguarding the country’s independence. Dasho Sangay Dorji was born into a religious family in Chutoed village of Tang, Bumthang, in 1946 as an ordinary child. But his early childhood was extraordinary. At 11, he completed chagbum (100,000 prostrations) and at 13, ngondro (preliminary practices). It was rigorous grooming to prepare him for a religious life. But he was meant to be a public servant, someone ‘at the service of the people’, as he puts it. In 1961, when the erstwhile Rigzhung Lobdra was started at Wangditse in Thimphu, he was 15 and eager to explore the world beyond Bumthang. He set off to Thimphu on a seven-day gruelling journey on foot carrying a backpack of foodstuff. In the next few years, he would undertake the journey between Tang and Thimphu at least 14 times. ‘Fourteen times and –,’ Dasho pauses mid-sentence and reminds me that he is not even good enough to talk about himself. Perhaps he means that he is not given to verbosity Dzongkha is associated with. He speaks in terse sentences packed with facts and figures. For an erudite known for poetic compositions, his Dzongkha is surprisingly unpretentious and shorn of linguistic embellishments. This trait of humility is reflected in his body posture. He sits and talks with the head slightly bent forward like a fruit-laden branch. Barely three years after studying under Dilgo Khyentse Rinpoche, the first principal of Rigzhung Lobdra, he was appointed a teacher for a monthly salary of Nu 30. And three years later, he became the personal secretary to formidable Dasho Shingkhar Lam in the office of the Third Druk Gyalpo, marking the beginning of his long, distinguished literacy career. Dasho doesn’t want to talk about his academic distinction or exemplary career achievements but the honour of the Red Scarf he received from the Fourth Druk Gyalpo in 1999 sums them up. Dasho recollects that, when he started his career, the streets of Thimphu resounded with the Nepali language that the locals casually picked up from foreign workers. Today, Dzongkha binds the nation together, helping build a distinct national consciousness. Dasho has been a key player at every stage of this national journey. His Holiness the Je Khenpo clearly recognises this – six years in the office of the Third Druk Gyalpo, 20 years in the National Assembly Secretariat, 27 years in Dzongkha Development Commission (DDC), and five years with the Department of Culture. Dasho Sangay Dorji was among the first writers to record the proceedings of the National Assembly, write laws based on the Thrimzhung Chenmo, textbooks for schools, Rigzhung Lobdra and non-formal learners, bilingual dictionaries, and guidebooks on driglam namzha. However, he hasn’t kept a record of his writings and doesn’t know how many books he has written. Following the self-effacing religious tradition, he hasn’t claimed the authorship of most of his books but, in his modest office, he is surrounded by stacks of his own books. At 73, Dasho is still at work. After retiring from the civil service in 2006, he has been on contract with DDC and the culture department. He doesn’t take any public holiday or weekend off. ‘I don’t have much time and I don’t want to take what I know with me,’ he says matter-of-factly. In recent years, he has co-authored with three other scholars a Bhutanese biography of Guru Rinpoche. He has just been requested to write the history of Bhutan before Zhabdrung’s era. This life is not enough for the volume of work before me, he says. In the meanwhile, Dasho says he hasn’t been able to pick up the thread of ngondro he left behind 60 years ago. He wishes to spend his twilight years at a gonpa ‘creating a good link to the next life’. Reminiscent of ancient times when people did not study for certificates, Dasho Sangay Dorji doesn’t have an academic certificate. In its early days, Rigzhung Lobdra did not give a certificate. Fifty-five years after he completed his formal education, he is in possession of one conferred by His Holiness the Je Khenpo. And this brings his life to full circle. (From Kuensel) 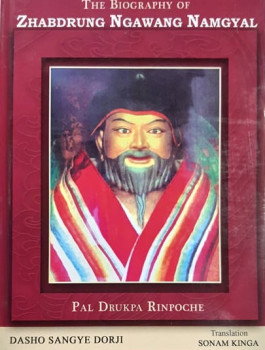 The Biography of Zhabdrung Ngawang Namgyal 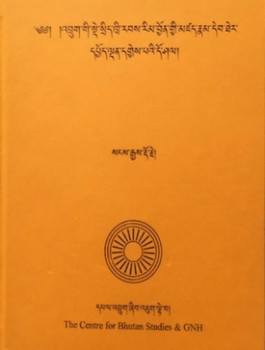 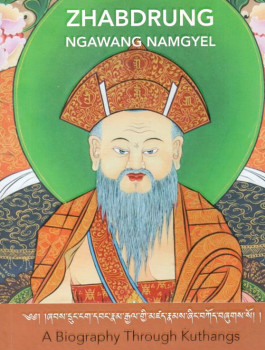