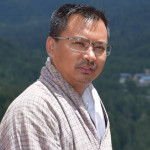 Namgyal Tshering completed his Masters in Educational Management in Leadership from Mahidol University in Bangkok, Thailand. Currently, he serves as the Principal of Dechentsemo Central School in Punakha, Bhutan. Throughout schooling life and fifteen years of teaching career, he has devoted rich amount of time to literary pursuits. In 1994, he was awarded certificate by Royal Society for Protection of Nature’s Earth Day Story Writing Competition. While studying in Jigmi Sherubling High School, Khaling, many of his poems have been published in Kuensel, a National News Paper of Bhutan. He contributed short stories, essays and poems to www.writersofbhutan.com and have gained status as a. spontaneous writer and deepened passion for writing. As Kardro Petsher in the social media, Facebook, he gives clarity to the flow of his experiential feeling that gives voice to morality, truth and philosophy of life as he lives and observes. ‘Dragon Delights: A Rosary of Poems’ is his maiden literary venture. This book symbolizes his versatility at writing and love of literature even as a man of scientific context by educational profession. 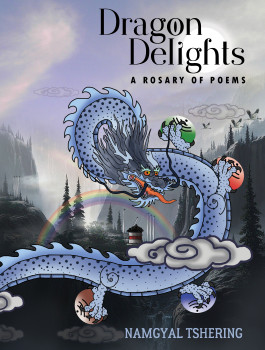