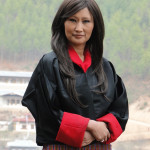 
Lily Wangchhuk is the daughter of Aum Kinlay Wangmo from Trashigang and Late Sonam Wangchuck from Dagana. She comes from a noble family with her family’s direct ancestry tracing back to Zhabdrung Choley Namgyel from Nindukha, Dagana; Shabdrung Jigme Chogyal of Drametse Choeje and Sangdag, the youngest son of Terton Pema Lingpa. She is the great grand daughter of Droenyer Ugen Dorji, the first Trongsa Droenyer & Zhung Kalyon who made valuable contributions towards unification of Bhutan under His Majesty Gongsar Ugyen Wangchuck whom he served for over 60 years. Her paternal grandfather Daga Dzongpoen Rinzin Dorji was the last Daga Dzonpoen who played an important role in Bhutanese history under His Majesty the Second and Third King. Born on 15th October, 1972, Lily Wangchhuk resigned as the Executive Director of Bhutan Media Foundation to join politics in 2013. She earlier served as Assistant Resident Representative of UNDP Bhutan and as a Bhutanese diplomat. She also rendered her professional services as a consultant in the area of democratic governance to both the government and international organizations. She has more than 25 years of extensive experience in governance, diplomacy, international relations, public administration, management, strategy planning and implementation, social issues, politics and business, she is . Having widely travelled both outside and within the country, she has extensive national, regional and international experience and exposure in democratic governance and varied issues. She has wide knowledge on national policies and varied issues having widely travelled to all 20 Districts in Bhutan and having worked closely with people from all walks of life. She has Masters Degree in Public Policy with specialization in Diplomacy & International Policy Studies from Australian National University, Canberra, Australia; Postgraduate Diploma in Human Rights, International Law & Refugee Law, Indian Academy of International Law & Diplomacy, New Delhi, India and Bachelors Honours Degree in Political Science, Miranda College, Delhi University, Delhi, India. She has attended numerous trainings and international conferences in a number of countries. Besides winning the Lions Club Award for Outstanding Diplomat in promoting good bilateral relations between Bhutan and India in 2003, she has many academic achievements to her credit including the Postgraduate Award: the Presidents of MTTA Bursary in the Public Policy Program, Australian National University, Canberra, Australia. Facts about Bhutan is her first book which was written to help promote better understanding about Bhutan. She has few more books in the pipeline and regularly contributes articles for both national and international publications. 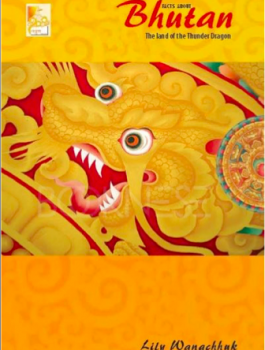 Facts About Bhutan - The Land of Thunder Dragon