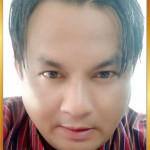 
Santosh Kumar Biswa is a Bhutanese Author and Poet and is presently working as a Teacher at Damphu Central School, Bhutan. He is an accomplished source of several educational books. He is also the Founder and the President of the World Literary Forum for Peace and Human Rights in which the forum promotes peace through poetry. His writing career started off when his best friend passed away in 2005. He has been writing poetry ever since that tragic loss of his acquaintance and left unpublished. Santosh Kumar Biswa’s first book called “The Complete Guide to BCSE English” which was published in 2009 started his writing career globally. His first poetry anthology “Caprice – a Collection of Poems” was published in 2012. His two poems, “My Father, My Mother” and “Come Back” appeared in an international poetry anthology “Someone’s Child” printed in Australia by HOPE Foundation in accordance with the fundraiser for ‘Forget-me-not Foundation’ and ‘Luke Batty Foundation.’ He published his second poetry anthology, "The Rhythm of the Butterfly" in 2019 and had gained the "Best Seller" title through Amazon. Subsequently, this third poetry Anthology, "White Dove" covers the themes that urge a reverie and deep introspection, that is like a dive, a fantastic exploration. It was published in October 2020 by Studies, Romania. Through his writing, he partakes in his global concerns and tries to point out issues about life and gives examples for more encompassing understanding. He had also achieved various laurels from the circle of writing from across the world like; World Icon of Literature Award, Gold Level Award on Poetic Prowess and profundity, Poetic Prowess Award, Poetic Parley Gold Quill Award two times, World Poetic Star Award, Global Literary Society Bronze Star Award, Best Writer Award, Outstanding Global Educator Award, World History Creator in Poetry Award, Writer of the Week Award and many more. He trades with multiple stems that are related to current issues based on his observations and experiences that need urgent care. He also had worked as an English Lecturer at the International Christian University of Thailand. Some of the books that he had already published are White Dove (2020), The Rhythm of the Butterfly (2019), Caprice–A Collection of Poems (2012), Uncomplicated Shakespeare: The Merchant of Venice (2018), Adages: Proverbs from the land of the Thunder Dragon (2014), Encyclopedia of General Knowledge (2013), Songs of Angels (2014), Understanding Short Stories (2014), Understanding the Novel (2014), The Complete Study Guide to BCSE English (2009), The Complete Guide to ENGLISH I (2013), Bhutan – My Knowledge Bank (2013), Preschool English (2012), Preschool Math (2012) and English Grammar (2010). Moreover, he also writes in his personal blog website and in his own community writing page on Facebook. Apart from writing and teaching, he is also a lyric writer, singer and actor.} 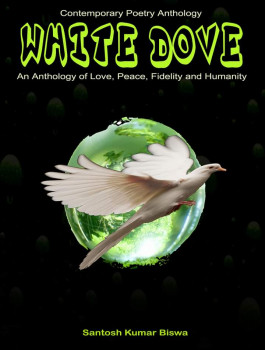 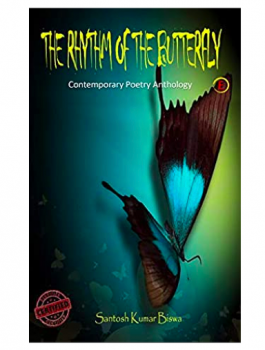 The Rhythm of the Butterfly