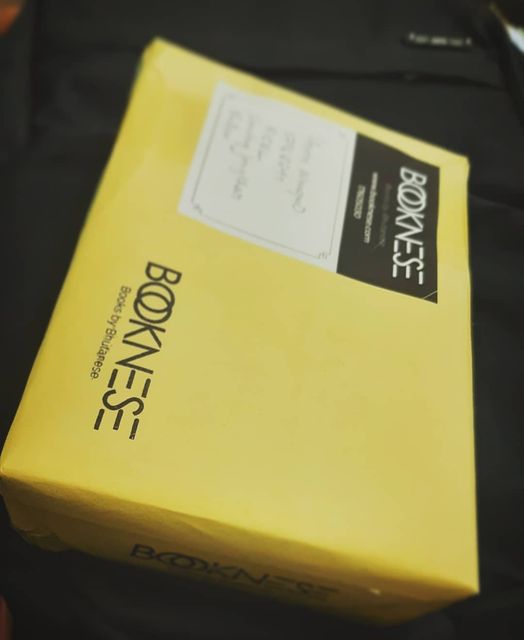 I first got in touch with Bhutan Post in December 2019, sharing about my Bhutanese book project called BOOKNESE and how it needed the support of cheaper postal service to become a success that I had envisioned.

In my proposal, I urged Bhutan Post to consider a subsidised rate for sending books within Bhutan, because I wanted the bookstores in Thimphu to be accessed by every Dzongkhag through BOOKNESE at an affordable rate. I don't see a possibility for some Dzongkhags to ever have bookstores of their own, and therefore it's a smarter option to link them to bookstores in Thimphu, and even Paro. (Read about how BOOKNESE is going to do that.)

As a big national institution that is as old as history, Bhutan Post doesn't need us to promote them. They are bigger than any brand. So what is in it for them? I proposed to appropriately acknowledge Bhutan Post on our platforms, packaging materials and media publications as our partner in promoting Bhutanese literature, reading culture and Bhutanese book market. I found more wisdom in asking them to share the responsibility of creating a better society through the promotion of literature.

Even though I wasn't good at negotiation, Mr Thinley Wangchuk found merit in it and passionately took it up with management. It went back and forth a couple of times in the course of the last 10 months. He agreed it was timely that they made their services consistent to the changing market trends, especially the emergence of e-commerce in the country. While discussing my proposal, they took a broader stance and made room to accommodate all eCommerce ventures within the framework that is worked out for BOOKNESE.

The MOU was signed between Bhutan Post and BOOKNESE on October 16, 2020, wherein, Bhutan Post offered a new "Rate for Domestic eCommerce Vendors-2020"  which will also be offered to any eCommerce venture that may apply hence.

When I tested the usual EMS service by sending a package weighing 808g, for which I have only taken Nu.20 as a postal charge from the clients, I was charged Nu. 250. With the new rate, I will only have to pay Nu.100. Unlike the regular rate, where it will climb with increase in weight, the new rate has just two slabs, and the next higher rate we pay is just Nu.150. It's going to make a significant difference in the way we do eCommerce.

By making it a standard rate for the entire rising eCommerce industry, BOOKNESE was relieved of any conditional burden arising from the partnership. But we shall always remain grateful and adhere to other terms of the Agreement, and ensure that we as a pioneer set a good example.

This article is first published in PaSsu Diary

How is BOOKNESE changing the readership and distribution of Bhutanese Books

Religious History of the South: a very late review