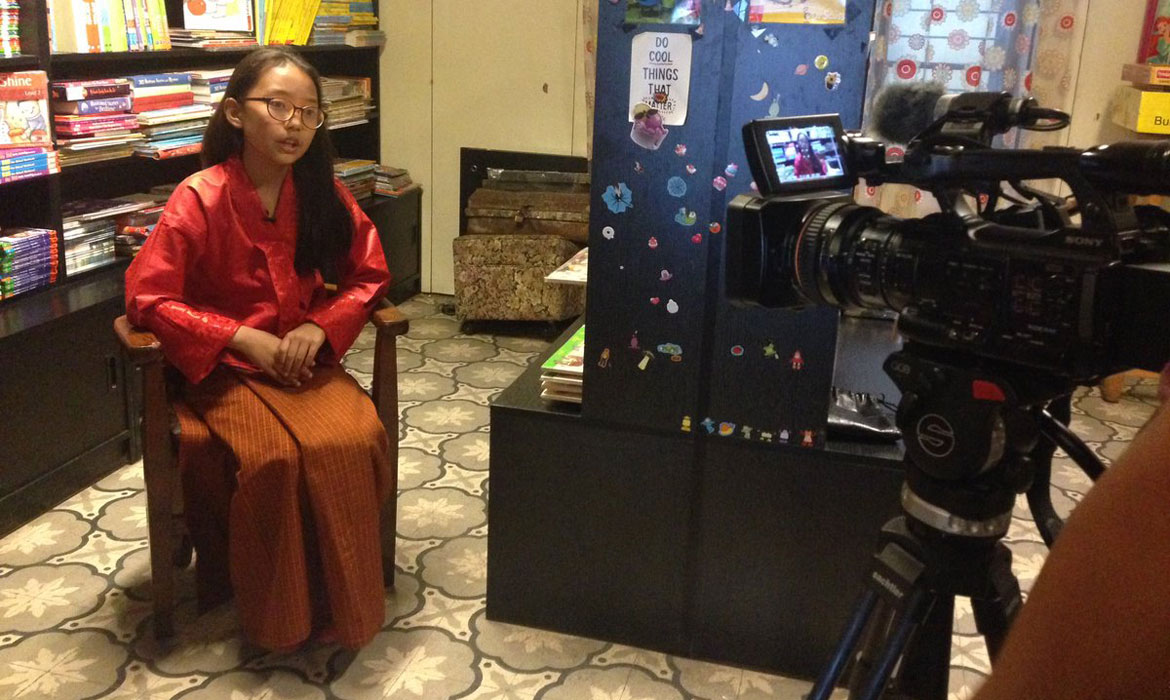 11-year-old Yeshi Tsheyang Zam, Bhutan’s youngest author, who published her first book “Khakey” a few days ago, is already working on her second book based on a fairy tale.

Her second book is inspired by ‘land of fairytales’ her favourite author, Chris Coffer. “I’ll keep writing books even if I take up a different profession in future” she said adding that she aims to become an army doctor.

Yeshi Tsheyang Zam said that she has been reading since the age of five, therefore, she did not find it difficult to plot a story.

Her attempt to write a book is not new as she was already was working on a book titled ‘Statue Thief’ inspired from her father who is a police officer and deals with missing statue cases. “I completed writing until chapter four but I lost it all when my laptop crashed,” she said.

Yeshi’s next book will be about a girl who stays with her aunt and learns about mother from her uncle and she somehow lands in a fairyland in search of her mother. The plotting of the story was done two weeks ago. “It may take me a year because this book will be chapter wise and lengthy and I will also have to study for my exams,” she said.

Meanwhile the 700 prints of ‘Khakey’ has sold out and a next lot is being printed. “Kha” basically meaning snow and “Key” means the process of secretly delivering snowballs.

The book is a story about the traditional game played during the first day of the snowfall in western part of the country especially in Paro where the children on the first day of snowfall discretely deliver snowballs filled with sample ingredients to a neighbour’s house and shouts ‘I think there is one behind your stove’. If they manage to sneak it in the neighbor will have to cook the real meal. However, if the neighbor catches a child in the act or catches them after they’ve shouted the phrase, the child gets a face full of soot.

“Such culture has now become obscure that even people in the generation before my generation don’t know about it and certainly don’t have any experience of it,” said Yeshi adding that she hopes the younger generation will know and revive such practices.

She first learned about Khakey when her mother published an article about it in the year 2015 in a magazine. “The book is dedicated to our Gyalsey who will be the role model in future,” she said.

The earlier record for Bhutan’s youngest author was held by Pema Euden who had authored a book in 2008 at the age of 12.