Are you a reader?

Then Become a Star Reviewer on 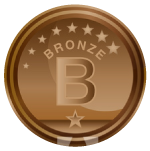 *Setrum is BOOKNESE's own crypto currency that can be used on the platform to buy books.

Not for happiness by Dzongsar Jamyang Khyentse Rinpoche is for buddhist and is very much relevant to the world we live in today. The book covers 14 chapters divided into two parts; why we do ngöndro practice and the ngöndro. “ Many contemporary dharma practitioners, myself included, have been attending dharma teaching for a donkeys years, yet our minds remain as rigid as a block of wood.” The statement from the author is a good reminder to all of us. The book is an inspiration and a very clear guide in understanding the preliminary practices.

Born in Jangbi is a fiction novel which takes place in Jangbi village. The characters Sonamo and Sangayla are sibling who losses their parents when they are young. The tragic death of their mother leaves them with drunkard father. The main complication in the story happens when their father brings home his new wife. And their step mother’s ill treatment happens on the first day of her stay at home. Their father doesn’t last long after he was ill.  The kind Tshokpa of the village volunteers to look after Sangayla. And the step mother takes along Sonamo to Thimphu after their fathers death.

A Play of the Cosmos- Script of the Stars

A play of the cosmos gives nostalgic feeling for high school days. The novel portrays young love from Drugyal Tenzin to Yeezin. Drugyal Tenzin the main character is blessed with versatile talents. With his dreams to become an architect, he excels academically. And his creativity and poetic talents lead to win three rivalry in a night in his hight school. Though he is poor his grandmother does all the best she could to fulfill all his needs and wants. The novel is filled with endless hope and undying love for a play of the cosmos.

solo walk -The dream and the Destiny

The solo walk is authored by Lobzang Jurme, 22 years old when he published his first book. He wrote his story to aid the ones who are going through hard times.He shared how he as a little boy would go to school on walk for hours to and fro along with his siblings. He learned to bunk his classes and would spent the day in the forest, eating his packed lunch but he didn't let that hamper his studies.Back home his mother faced lots of financial difficulties after her divorce. But she gave the best education to Lobzang and his other siblings though she was physically not healthy. As a boy raised by a single parent he dropped out after class XII with average scores. That's when he struggled alot. He became dirt poor even to eat his lunch while traveling from Thimphu to his village. On the way he had to walk miles until he got lift. But he met kind people who lend him help while traveling. He is still thankful for the people who helped him when he was really in need, the truck driver who gave him lift and free lunch, and a man who gave him Nu.1000 note. After so much of hard times he is now employed as a warden in one of the schools in eastern Bhutan.

Escapades the third Bhutanese authored novel I read as a high school student decade ago. All I remember now is that the book is based on women’s social village problem in the past. It’s how innocent women fell prey to city officials when they visit rural areas. Which eventually led to many father less children. It portrays the struggle and shame of mothers when they cannot name who the biological fathers are.

Yeewong the only life style magazine and digital content hub in Bhutan which depics our culture, arts, people, entertainment and travel. This 2021 Yeewong issue comes with beautiful cover page designed by four amazing artist from varied backgrounds and they have their own explanation on it. It portrays our beautiful culture and arts with breathing taking illustrations. It has its unique way of writing feature stories on people of Bhutan. And it gives us a travel through and deep insight of the lost trail we never heard of. I will assure you that this magazine will fascinate you.

Byline authored by Gopilal Acharya well known journalist has not only written for bhutanese but also internal national newspapers. The articles in the book were all published between the year 2001-2019 in different newspapers.It has been perfectly divided under seven headings namely; people and society, political, travel, youth/ education, mental health, award winners and the last of the lot.It takes us back to Bhutan history of 1964 to 2008 election. And how social media in different form helped in politics. Social media will continue to play vital role in peoples life not only in politics but also in keeping oneself informed. The most engrossing section for me is the Youth and education. It talks why students do not read. Its a fact that most of the students in remote schools come from non-reading socio-cultural environments. But teachers can play a vital role in enhancing positive attitudes towards reading. Followed by science education in our bhutanese classroom and reasons why only fewer girls opt for science . The most tragedy story was ‘caged in Phanas’, where Tshering Lhamo 36years old then was caged in a small cabin in Mongar Phanas. She suffered mental disorder at her young age of 13 years. She couldn’t recover and it became a struggle to her mother. Theres lot to read and feel.

As I Am, So is My Nation

This book is a treat for literature lover as it has abounding and impressive corpus from the author. It represents a deep understanding of many of the questions we ponder as a citizen,parent, son, daughter,educator, leader, builder, bearer or as a philosopher. ‘As I am so is my nation’ is a tribute to all the good things we have in our beautiful country and prayer for all the good things we have in this jewel of the Himalayas.

The Talisman of Good Fortune and Other Stories from Rural Bhutan

It is my second Bhutanese authored book I read as a high school student. The book is a collection of fiction stories based on traditional beliefs. Its the kind of folktale that Bhutanese people tell their younger generation.

The Talisman of the good fortune is about a curse handed down from generation to generation of a family by magical cauldron. This story has been later featured as Bhutanese movie “ The Golden Cup”. The culture and beliefs of rural Bhutan are outlined vividly in ‘The Talisman of good fortune and other stories from Bhutan’.

Dawa; The stray dog in Bhutan is a prescribed text for high school students in Bhutan since 2004.

Because of his misshaped body, other dogs called him koto (crooked). Thats when he decided to name himself Dawa Koto. Though he had a devastating origin he raised himself to become the legendary leader of howling in Thimphu.

Through the eyes of this yellow-brown scruffy dog, the readers will get a glimpse of Bhutan and its society. I bet the book will force you to smile and at the same time shed tears. It is likely to help you see yourself in Dawa. And it is certain to attract those who have gone through harshness in life’s but have never given up hope.